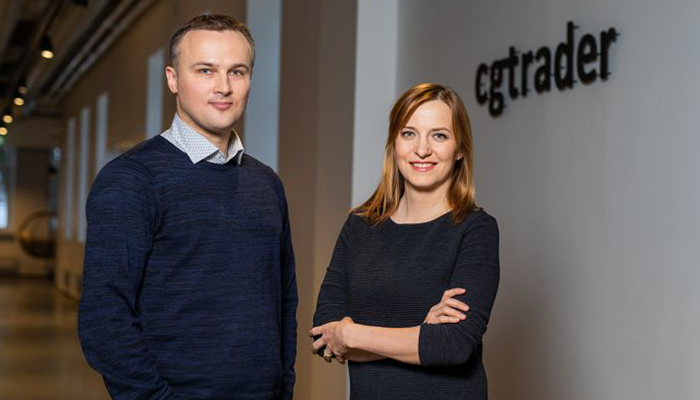 Founded in 2011 by 3D designer Marius Kalytis (now COO), CGTrader has become a significant 3D content provider — it even claims to be the world’s largest. In its marketplace are 1.1 million 3D models and 3.5 million 3D designers, which service 370,000 businesses including Nike, Microsoft, Made.com, Crate & Barrel and Staples.

Unlike photos, 3D models can also be used to create both static images as well as AR experiences, so that users can see how a product might fit in their home. The company is also looking to invest in automating 3D modeling, QA, and asset management processes with AI.

Dalia Lasaite, CEO and co-founder of CGTrader said in a statement: “3D models are not only widely used in professional 3D industries, but have become a more convenient and cost-effective way of generating amazing product visuals for e-commerce as well. With our ARsenal enterprise platform, it is up to ten times cheaper to produce photorealistic 3D visuals that are indistinguishable from photographs.”

CGTrader now plans to consolidate its position and further develop its platform.

The company competes with TurboSquid (which was recently acquired for $75 million by Shutterstock) and Threekit.