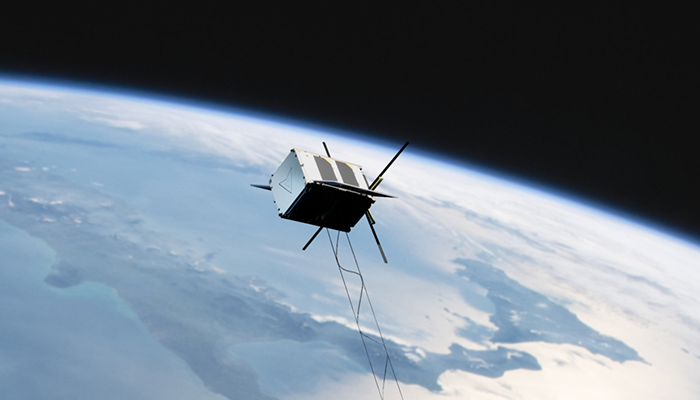 Aurora Propulsion Technologies, a leading space propulsion systems company, today announced the closing of its Seed funding round of €1.7M led by Practica Capital and joined by TESI (Finnish Industry Investment Ltd.) and The Flying Object, a Fund from Kluz Ventures.

More spacecraft will be sent to orbit this year than ever before in human history, and the number of satellite launches is only anticipated to increase through the rest of the decade. Under these crowded conditions, being able to maneuver satellites in space and deorbit them when they reach the end of their useful life will be key.

Enter Aurora Propulsion Technologies. It’s one of a handful of startups that has emerged in the past few years to help simplify the problem of spacecraft propulsion. Since its founding in 2018, the Finnish company has developed two products — a tiny thruster engine and a plasma braking system — and will be testing both in an in-orbit demonstration in the fourth quarter of this year. Aurora’s activities have caught the eye of investors: the company just closed a €1.7 million ($2 million) seed round to bring its technology to market.

"We are closely observing space companies in our region and are very happy to make our second investment in this category," says Donatas Keras, Partner at Practica Capital. "Aurora fills a critical gap in the fast-growing new space industry and we believe it has an opportunity to play a leading role in this emerging industry and at the same time make it truly more sustainable in the medium and long term."

Aurora’s first in-orbit demonstration, Aurora Sat-1, will be heading to space on a Rocket Lab rideshare mission, the company announced last month. On that satellite will be two modules. The first module will contain six Aurora “resistojet” engines, designed to help small spacecraft adjust their attitude (the satellite’s orientation, not its mood) and de-tumble. Aurora will also test its Plasma Brake technology, which could be used to de-orbit satellites or even to conduct deep space missions.

Each resistojet thruster comes in at just around one centimeter long, and it moves the spacecraft using microliters of water and propellant. The six thrusters are distributed around the satellite in such a way to facilitate movement in virtually any direction, and the thruster can also modulate the temperature of the water and the strength of the puff of steam that’s discharged to generate movement.

Aurora CEO Roope Takala, who previously worked for Nokia, likened the innovations in weight and size in the space industry — which we see in the resistojet — to what happened to cell phones and computers 20 years ago. “The industry moves very slow,” he said in a recent interview with TechCrunch. “In the old space era, it took a quarter to develop a rocket engine — that would be a quarter of a century. Now, it takes two quarters of a year. That’s what we did.”

The Plasma Brake uses an electrically charged microtether to generate a lump of protons to generate drag. That’s ideal for de-orbiting a spacecraft, but interestingly (and counterintuitively), the Plasma Brake could also be used for traveling away from the planet, Takala said. That’s because when you go outside the Earth’s magnetosphere, the Plasma Brake becomes unstable and moves with solar wind (which is also plasma). “The same product can jump onto that flow of plasma from the sun and extract energy from that,” Takala explained. “In that context we can use it as an interplanetary traveling tool.”

Theoretically, if a spacecraft was equipped with multiple tethers extending different directions, it could be used to rotate and guide the spacecraft, like a sailboat, he added. This technology is only scalable to a certain degree, however, so don’t expect it to be sending a crewed spacecraft into deep space anytime soon. That’s mostly due to limitations in the material strength of the Plasma Brake tethers, but the tech can be used for satellites up to around 1,000 kilograms.

“That’s our future. That’s where we’re aiming,” Takala said. “We’re focused now for the short term on low Earth orbit with the Plasma Brake and the attitude control [resistojet], and later on when the moon businesses kick off as they are slowly starting to do, then we’ll probably be looking at that way.”

The Plasma Brake and resistojet thruster would need to be put on spacecraft before they launch to orbit, but Aurora is in conversation with other companies of the potential of in-orbit installation of Plasma Brakes for existing space junk. Looking to the short term, the company is going to use the funding to productize the technology for low Earth orbit and to serialize its production, as well as to add features to the products to equip them for satellites larger than CubeSats.

In the longer term, Aurora has a vision of conducting missions in deep space. “We started off from the idea that we want to make a technology that fits into a really small spacecraft, [and] travels really fast so that we can catch up with the Voyager probes,” Takala said.

“First to the moon and then to Mars, Venus, and then one day we may be able to catch up with the Voyagers and take a big trip.”