Overview of Lithuanian startups in 2017 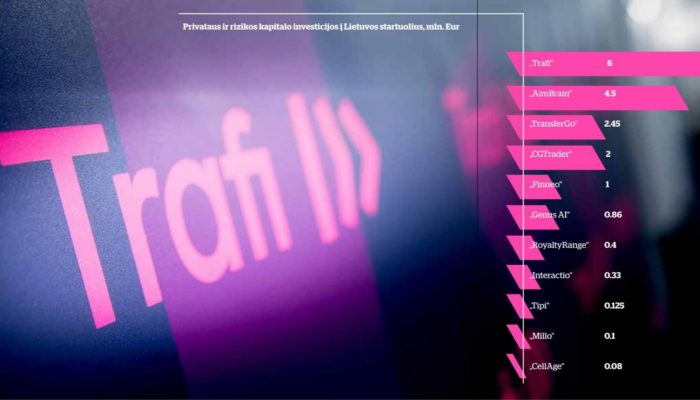 Last year, the startup funding in Lithuania hit the highest level since 2011. Over €100M was raised: €80M+ during 7 ICOs, the rest during 11 VC-funded rounds, including from Practica.

On the ICO side, where the Lithuania-origin startups have been highly active, the funding was driven by the €33.2M Bankera & €31M Monetha, the fintech startups, and €11.4M Mysterium Network, decentralised VPN marketplace, ICOs. We currently observe several other large-scale Lithuanian-origin offerings in the ICO lists.

On the exit side, Oberlo, e-commerce, was acquired by Shopify for US$15M, while our portfolio TrackDuck, feedback solution for web development, was exited to InVision. Also, there was a number of exists to founders, like WebRobots, big data, and Lithuanian-Latvian insurtech Mobassurance from our portfolio.

The top VC-funded Lithuanian startup Vinted (ca€50M raised to-date), a secondhand marketplace, after the shift in its strategy and business model, saw a 16x growth in revenue. The Lithuanian self-funded heavyweights like Pixelmator, image editor, Bored Panda, media, Omnisend, email marketing, and Tesonet, cybersecurity and other tools, also continued their growth on a global, regional or local scale in 2017.

According to Arvydas Bložė, the CEO of our Startup.lt accelerator, despite talks a year ago about possible funding gap and stagnant development of the ecosystem, it turned out the opposite way in 2017. We also saw a huge success of Lithuanian self-funded startups.