Practica Capital exit: AST&Science has acquired all shares of Nanoavionics 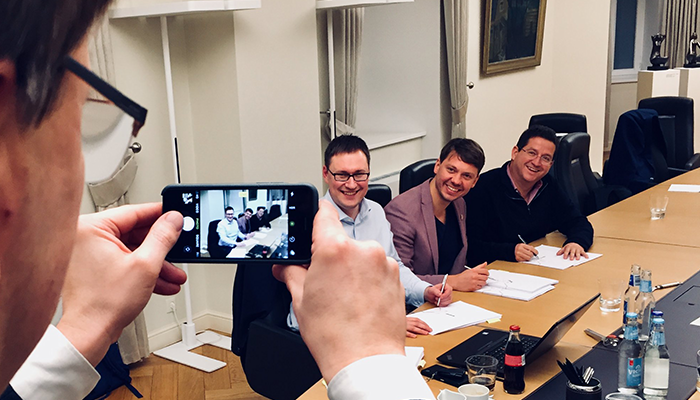 NanoAvionics, a satellite manufacturer that specializes in the production and launch of Satellites with mass less than 50 Kg into LEO orbits, closed an investment round with AST&Science to support the company’s operational expansion globally.

Under the terms of the investment, AST&Science has acquired all shares from venture capital firm Practica Capital, the early institutional investor in NanoAvionics.

“NanoAvionics has made a huge leap in small satellite technologies during the past few years,” Buzas said. “The capital infusion, along with the involvement of the broadly experienced AST&Science management team, will be a significant contributing factor in strengthening our position the U.S. market in along with further manufacturing infrastructure development in Europe. Our enhanced venture will be focused on a goal to become a go-to company for manufacturing and launching small satellite constellations for businesses worldwide.”

According to Buzas, the majority of New Space ventures are located in North America. In order to win the space race, these companies, from startups to well established enterprises, need to act quick and affordably validate their space-based services and be among the first ones to launch small satellite constellations, sending and receiving data simultaneously from multiple locations, at a fraction of the cost comparing to their larger counterparts. NanoAvionics’ proven M6P platform and integration services are tailored to serve this market.

Last year, the company demonstrated in orbit its green chemical propulsion system for small satellites. This success helped the company win a contract with the European Space Agency (ESA) to develop an integrated fast-response valve injector that will improve the performance of ESA’s future small satellite missions. Beyond the technical milestones, that record includes sales to customers in twenty countries and receiving innovation grants from European Commission.

AST&Science chairman and CEO, Abel Avellan, remarked on NanoAvionics’ achievements. “NanoAvionics’ existing programs with the ESA and the European Commission, its track-record of successful satellite deployments, proprietary technologies for navigation and propulsion, and the abundant technical knowhow and vibrant energy throughout their company were key decision factors in our investment.”

Donatas Keras, the Partner of Practica Capital said the following: "As an early institutional investor we are happy having had the opportunity to support this team of highly talented engineers in the development of their exciting technology and products. We believe that this transaction is a very important milestone in the continuing success of NanoAvionics".

NanoAvionics is a small satellite platform manufacturer and mission integrator. Its flagship multi-purpose M6P is the first preconfigured small satellite platform in the sector, designed to serve emerging commercial space markets. The company’s efforts are focused on enabling critical satellite functions and optimizing their launch, hardware and operation costs - ranging from single missions to constellations. Its core engineering team has implemented over 40 successful satellite missions during the past several years.

AST&Science was formed in 2017 by satellite-industry pioneer, entrepreneur and inventor Abel Avellan, a 25-year veteran in the global satellite communications sector and the founder and CEO of EMC until the sale to Global Eagle Entertainment for $550M in 2016.

Practica Capital manages Practica Seed Capital fund of 8 million EUR and Practica Venture Capital fund of 15.7 million EUR, both established under the JEREMIE initiative, managed by the European Investment Fund, Ministry of Economy, and Ministry of Finance, and financed from the EU Structural Funds under  2007-2013 Economic Growth Operational Programme of Lithuania. The funds provide early and later stage financing to Lithuanian SMEs. Since its inception in 2011 Practica Capital has made investments in 42 companies.