In Berlin, there’s now one app to access every mode of transportation 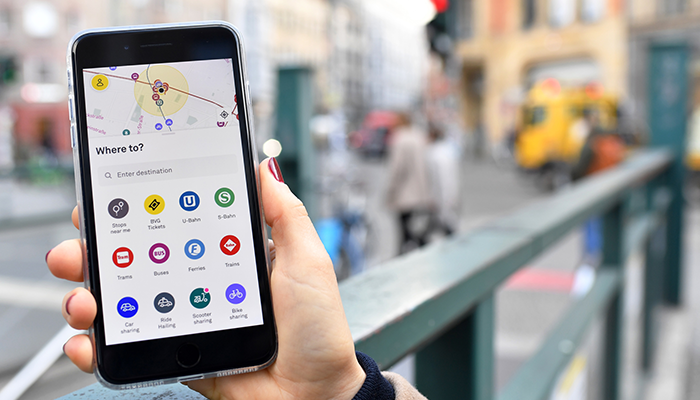 Instead of managing a mess of apps to buy train tickets, unlock a bike-share bike, or hail a car, Jelbi lets you do it all in one place.

If you want to go somewhere in Berlin without driving your own car, a new app will give you every option–from bike sharing and scooters to ride-hailing, carpooling, car sharing, taxis, and the entire public transportation system–and let you buy tickets on a single platform.

The app, Jelbi, which will launch this summer, connects services that currently each have apps of their own, making it difficult to plan a trip or buy tickets given the number of choices. “We have eight bike sharing companies in the market, alone,” says Christof Schminke, the managing director in Germany for Trafi, the tech company that built the platform for BVG, Berlin’s public transport company. “I think it’s a good sign that Berlin has all the mobility options, but for every service, you need a separate app on your smartphone.”

BVG, which runs the city’s subways, trams, buses, and ferries, wanted to become a broader mobility provider for Berlin. “They also saw a competitive threat, because there are also other players, like automotive companies or the Ubers of the world, that are also starting to integrate other modes of mobility… they didn’t want to leave it to private players to [take on] this integrator role,” Schminke says. Other companies, like the startups offering bikes and scooters, saw the benefits of connecting with a public transit platform and getting more riders.

Trafi’s platform is also in use elsewhere by some private companies, including Lyft, which recently started offering public transit, bikeshare, and scooter information in its own app in some cities. The tech company is also in talks with large cities around the world to build comprehensive apps similar to the one for Berlin.

For commuters, making it simpler to take a trip without a car of their own may make it less likely that they feel the need to drive. For cities, the data from the platform could also eventually lead to better transportation. “If you understand as a city how people move and what kind of services they use, then you can actually then also take the next step and, for example, incentivize certain modes of mobility, or start congestion charges, and so on,” says Schminke. It’s one step, he says, in “really going in the direction of being more emission-free.”